At a time when all possible energies and means are needed to overcome the crisis and start again, positive frames of mind such as optimism and trust are more necessary than ever because they help to imagine and act for a better future.

Does that sound hard? There is a very powerful tool that can generate them: a story.
Stories are a form of communication that man has been using for about 40 thousand years to convey traditions, culture, religions, lessons.
A good story can generate positive emotions and spur creativity, closeness, sharing, focus, motivation, and determination.

Storytelling is much more than just publishing photos or videos on social media, describing a company’s history, or reporting anecdotes. Storytelling is a matter of method and approach: it means designing and driving identities and relationships through storytelling techniques, to create VALUE and EMOTION.

On the first day Oscar Farinetti, successful entrepreneur and great motivator will tell us about his entrepreneurial history and the importance of the 5 P’s of the Marketing mix, including the P of PEOPLE to bring and tell VALUE.

Oscar Farinetti tells about his personal experience as an entrepreneur and explains how the Eataly project came about and what led to its international success.

Oscar Farinetti’s philosophy is based on a peach, a fruit that can help to outline a successful business project. Starting from inside, the peach’s core represents the poetic target, for example, the possibility of offering everyone high-quality food; then there is the pulp, or the ideas, the experiences you want to offer your customers, and finally, the skin is trade marketing, that is, the actions to be done to make the project known.

And what is the (not so much) secret ingredient that according to Oscar Farinetti can make the difference in creating a successful business? Simplify. This is the most important skill that a leader must possess, together with the ability to communicate, to tell a story. These skills lend charisma, an added value for every successful company. 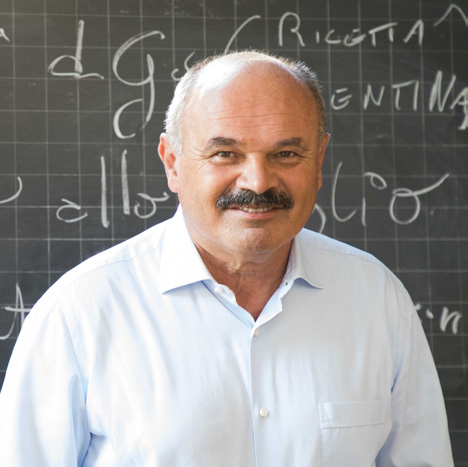 Founder and creator of Eataly, the first store dedicated to Italian high-quality food. In 10 years he has opened 40 branches, 22 in Italy and 18 abroad: 3 in Japan, 6 in the US, Moscow, Istanbul, 2 in Dubai, Riyadh, Doha, Seoul, San Paolo, Munich, Stockholm, Paris and Toronto.
Upcoming opening: London by the end of 2020.

By 2021 Eataly will be listed on the stock exchange and it will become “a global public company representing the Italian lifestyle with ever-increasing intensity and strength.”

His latest project is FICO Eataly World, the world’s largest agri-food park: 100 thousand square meters opened in Bologna on November 15, 2017. FICO Eataly World is the only place in the world where you can experience the whole food production chain. Two whole hectares are dedicated to demonstrative crops and stables with more than 200 animals and 2000 different cultivars.

Over 40 production farms and consortiums, over 40 places to eat the best Italian dishes, 100 traditional shops and Italian farmers’ market, congress centre, educational areas for wine tasting, cooking shows, training ground for a sensory and educational experience about food and its biodiversity, 6 walk-through and interactive multimedia carousels dedicated to the extraordinary story of Man and Fire, Earth, Sea, Animals, Bottled Goods, and the Future.
And much more besides.

She is bilingual (Italian / English) and capable of fully operating in both languages. Her skills as a trainer and consultant are enriched by her professional experience both corporate and as an entrepreneur.

Since 2018 she is a professor of Marketing Management at LUM Jean Monnet University in Bari and Milan. Since 2015 he has been teaching International Marketing and Strategic Management at the European School of Economics, Milan.
From 2012 to 2015 she taught international business communication at Politecnico Milano, Faculty of Architecture and Engineering. She also taught at Università Cattolica del Sacro Cuore (Master in Communication and Cinema Marketing).

In 2016 she earned a Master’s degree in Social Media Marketing from Curtin University and in 2018 a specialization in Digital Marketing at Wharton University. In 1998 she graduated in Business Administration from Florida International University, Miami, Florida, USA.
She is an environmental activist and has carried out awareness actions related to climate change, plastics, forest and land protection. 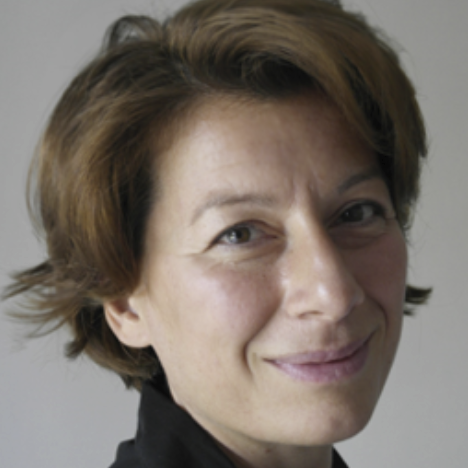